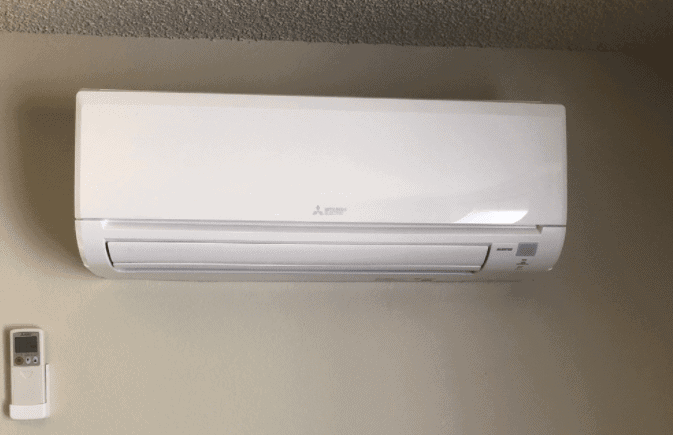 With summers getting hotter each year, air conditioning is more important than ever. And, it’s even more apparent — and uncomfortable — when the system in your home isn’t up to the task. That’s why our homeowners in Meridian, ID didn’t just get another conventional central AC. Instead, they upgraded to a ductless system to get better cooling and comfort than ever before.

Their old system was a decade old and showing its age. The house just wasn’t cool enough anymore in the summer. In particular, our homeowners were feeling hot and sticky — the place was more humid than it should be. And, they noticed hot spots in parts of the house far from the vents.

When they called us here at Snowflake Air, they wanted to make sure their new system wouldn’t create the same problems they were feeling now. Was there a better solution than the same central air systems they were used to?

We ran some different options by them, and the one that stuck was a ductless mini split. It was apparent to our homeowners that these systems would solve the exact problems they were having: extra humidity and uneven cooling in the house.

And, the benefits didn’t stop there.

In this case study, we’ll go through:

Problem: The decade-old HVAC system in this single-family Meridian, ID home couldn’t cool the house properly. It was too hot and humid in the summer.

Solution: Installed a four-zone ductless mini split system. It cools and dehumidifies in the summer and provides supplemental heat in the fall and winter.

If your central air in your Treasure River Valley home isn’t doing the job, maybe it’s time to consider a ductless heat pump mini split instead of another conventional air conditioner. Contact us here at Snowflake Air for a free consultation.

Why A Home Has Hot And Cold Spots 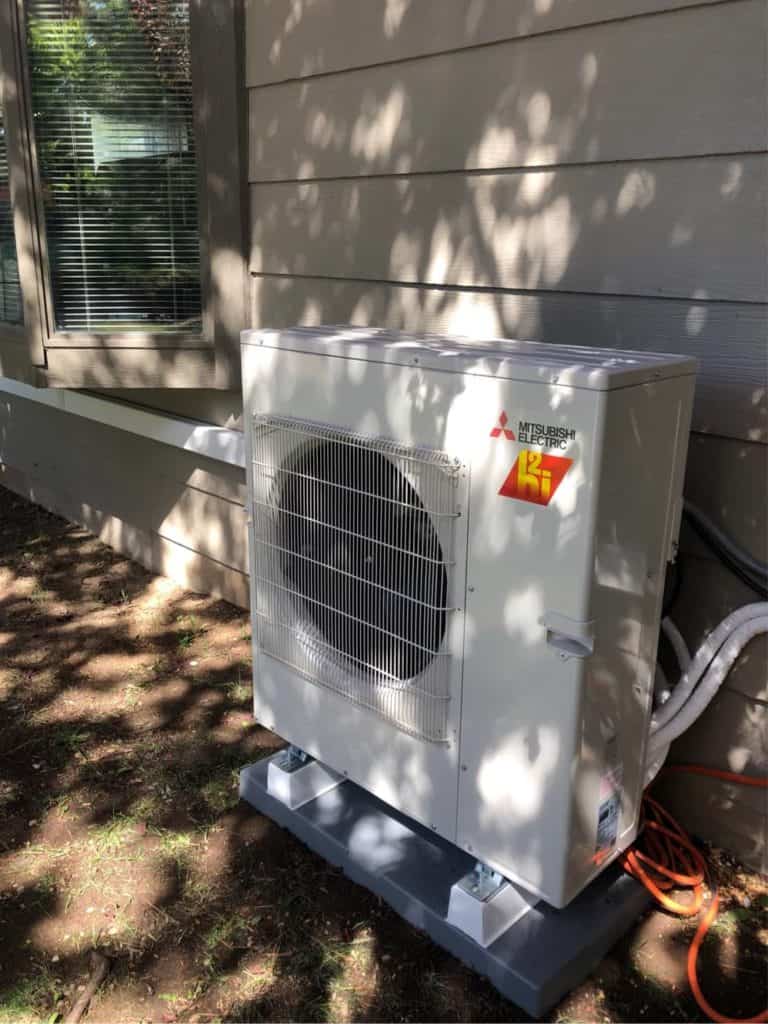 Hot and cold spots are a common sign that something’s up with your heating and cooling system. Either something’s broken, or the system is just getting old. When these problems pop up, you won’t get enough conditioning to make the house comfortable.

In particular, the problem is often weak airflow. For whatever reason, your HVAC system can’t push enough air through the vents to do the job.

In these cases, the areas of each room closest to the vents feel okay. There’s enough warm or cool air coming in to treat those spots. But, there’s not enough of it — and not enough air pressure — to circulate through the entire room.

In the summer, that also results in extra humidity. Your central air system also acts as a dehumidifier during the cooling process. But, when it can’t circulate enough air, it also won’t draw in enough humidity to do that job properly, either.

We checked for some common problems. But the air filter was clean, and the system turned on and off just as it should. We even made sure the thermostat was calibrated correctly and turned on the system when it should.

It seemed like the problem was the motor. It kicked on when they needed it, but it just wasn’t up to the task anymore.

Since the system was well over ten years old, it wouldn’t be cost-effective to do any significant repairs. And, a new system would feature improvements and innovations over what they’d had for more than a decade.

And, when our homeowner chose a ductless system or mini split, their home would be more comfortable than ever before.

For these homeowners, the big draw for a ductless mini split was the inverter technology that the heat pump used. Like just about everyone else, they were used to conventional one-stage systems that could only either turn on at full blast or do nothing at all. A mini split works very differently.

With an inverter motor, the heat pump can run at variable speeds. This way, it barely ever runs at top speed to provide as much cooling as possible.

Instead, it kicks on at first to reach the temperature that they want. But then it doesn’t just turn off until it gets too hot again. Instead, it keeps running at a slower speed. The advantage of this is that it can maintain the exact temperature the homeowners want.

Instead of waiting for the house to get hotter before turning back on, it consistently keeps each room within a degree of the thermostat’s call.

The better circulation meant no hot spots in any room. And, the humidity level stayed down, making everything more comfortable.

Read More: What Does A Ductless System Cost?

Benefits Of A Ductless System

Better comfort was the main reason our homeowners chose a ductless system. And, their new mini split offered even more benefits: 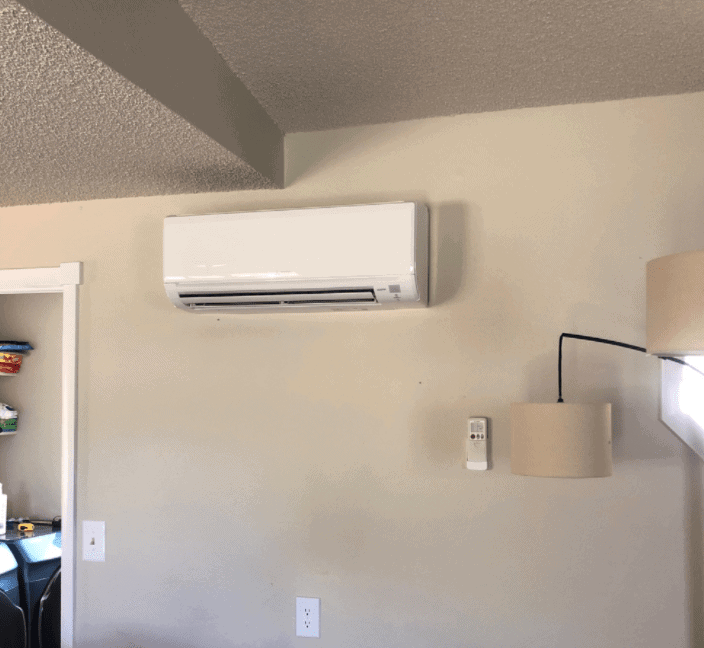 With a mini split, you install an air handler in each room you’re treating. Each indoor unit has a separate, built-in thermostat. This setup creates “zoned” heating and cooling: You treat each area, or “zone,” of your house independently from the others.

That comes in handy, for instance, for a bedroom that’s always hotter than the other rooms. This way, that air handler gives the space more cooling and treatment than a room downstairs.

Our homeowners can set each room to a different temperature. Or, put each thermostat at the same call to create an even temperature across their entire home.

If you’ve ever heard someone call a heat pump a reverse air conditioner, that’s because it can also heat the home in the wintertime. The same heat transfer process that draws warmth from the house and dumps it outside also works in the other direction.

Since our homeowners were most interested in cooling, they didn’t upgrade to the strongest heat pump. But, the one they have now can keep the house warm until winter really kicks in.

This way, they get some extra heat on top of their furnace to make sure no rooms ever get too cold, no matter how low the temperature outside gets.

Our homeowners now have way lower electricity bills every summer! Mini splits are amazingly energy-efficient. Even though they run almost all the time, the low-speed modes barely use any power at all.

As a result, their home is much more comfortable, and they spend a lot less each month to keep it that way.

A mini split installation is fast and easy. Even a bigger job like this four-zone system took us less than a week to install! And, we didn’t have to do a lot of construction or make a big mess to do it.

Instead, we mapped out the best spots for each of the four air handlers inside. That way, every inch of the house would get treated. Once we mounted them, we linked them all to the heat pump outside.

Since these systems move heat and not air, there was no need for ductwork. Instead, we simply run a few lines that carry a coolant solution in a closed loop between the indoor and outdoor units. It’s a quick job, and once we were done, our homeowners were more comfortable than ever before!