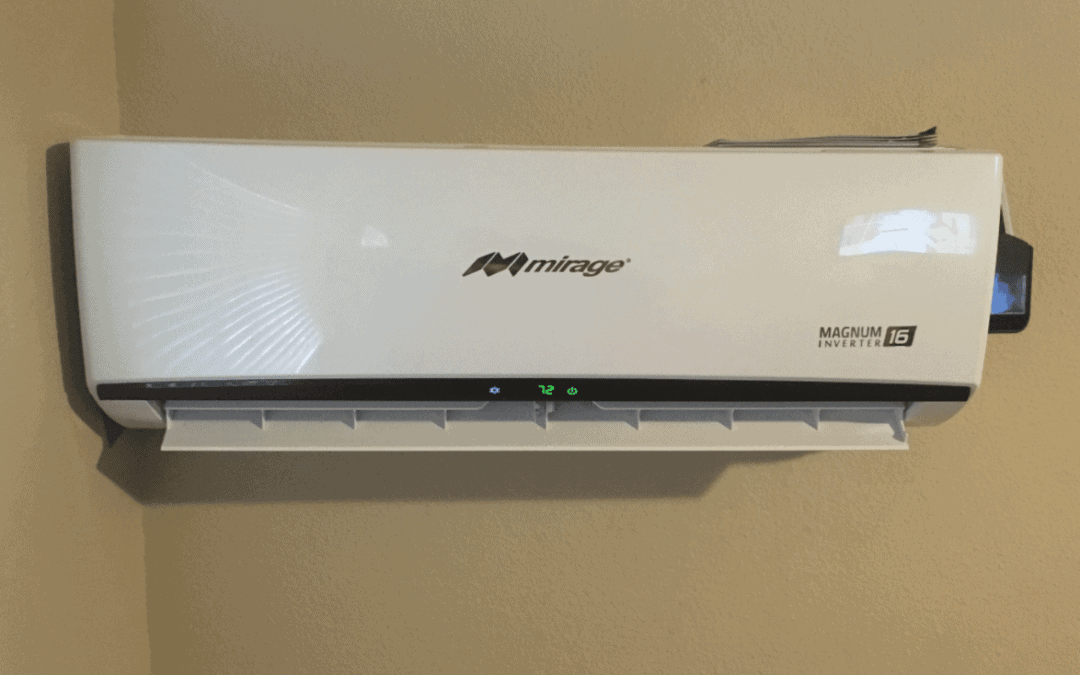 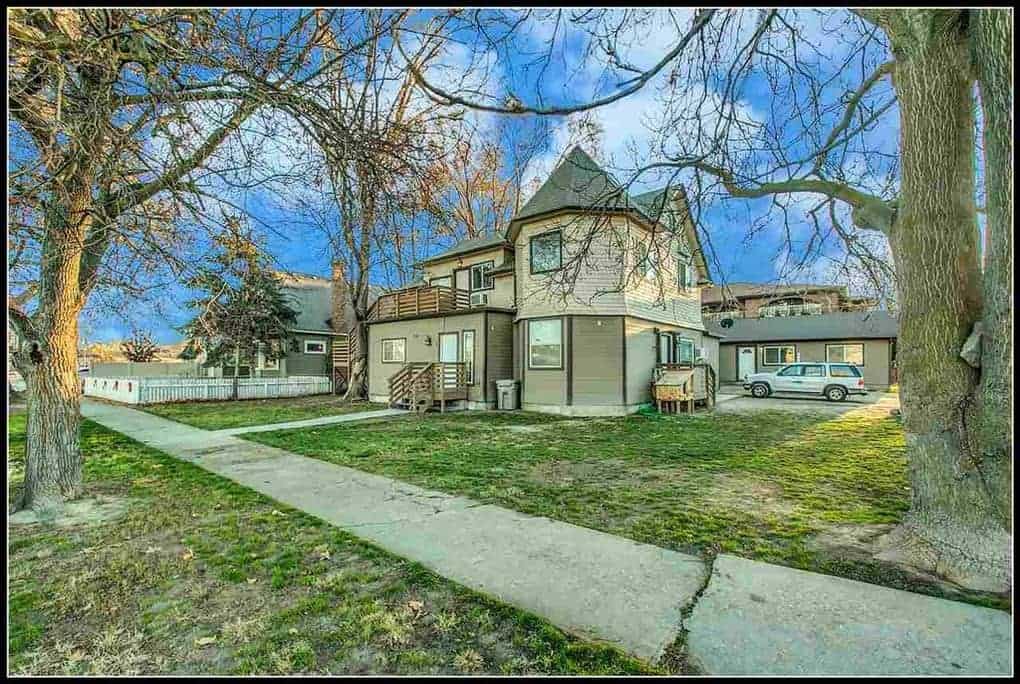 We got a call from a Caldwell, ID landlord who needed to replace the old heat pump system in his fourplex. The single-zone system in one of the apartments was on its last legs. Replacing an older system is always an upgrade because technology has gotten better. However, with a new ductless mini split, he’s making this apartment more comfortable than it had ever been before.

This landlord correctly figured that heat pumps had gotten more effective and efficient since he’d last installed one. But he didn’t realize just how much better they’d become!

In particular, the ones used in ductless mini splits use inverter technology to deliver better heat in colder temperatures. They also provide better comfort all around, both in warm and cold weather.

And, even though it would require some new equipment inside, the installation would be fast and easy. Once our landlord learned about these advances, staying with a ductless system was the obvious choice.

If your duplex, fourplex, or other investment property in the Treasure Valley needs an HVAC upgrade, Snowflake Air is here to help! Starting with a free consultation, we’ll help you decide if you should replace your existing system or upgrade to something new and more effective.

How Does Ductless Work?

Signs This Ductless System Was Getting Old

This landlord knew something wasn’t right with the older ductless system in his fourplex. And, since he paid attention to the warning signs, he saved time and money by planning a replacement before it broke down completely. In particular, he noticed:

The landlord was getting complaints from the tenants about the temperature in this apartment. By the time January rolled around, some of the rooms weren’t warm enough anymore.

And, it was even worse in the summer: rooms were too hot, and the place was humid. This all meant the system couldn’t perform as well as it used to.

At the same time, the electric bill kept going up. That’s because the system used more energy than before to try and keep up. Even though it couldn’t do the job, it cost more to run.

Finally, the age alone meant it was time to start thinking about a replacement: The landlord had this one installed just over two decades ago! Ductless systems last around 20 years, and he’d kept it properly maintained to work for as long as possible.

Fortunately, his new one would work even better than this one ever could.

How Heat Pumps Have Improved Over The Years 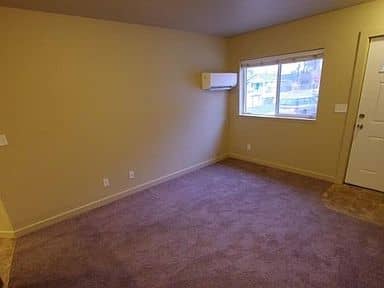 All HVAC systems get better and better over the years. Even if you get a comparable system to the one you’re replacing, a new furnace, AC, or heat pump will be more energy efficient. In other words, it will use less energy while providing the same — or better — heating and cooling.

A mini split, which uses a heat pump to warm and cool the house, is no exception. And that’s especially so when you’re comparing today’s technology to a turn-of-the-century model.

First of all, the industry has more regulations requiring new systems to use less energy than before. So, all more recent models are more efficient. But, with mini split heat pumps, that’s only part of the story.

Over the past decade, mini splits have been using inverter technology to make them more effective and energy-efficient than ever before. An inverter system can run at variable speeds. So, instead of either turning on at full power or not doing anything at all, it provides customized amounts of heating or cooling throughout the day.

That’s good news for both comfort and budgets.

Today’s mini splits will run at full power until the area it’s treating reaches the temperature on the thermostat. But, unlike conventional HVAC setups, it won’t turn off until the temp drifts away from that call.

Instead, it runs at a slower speed to maintain the temperature within a degree of the setting. This way, the room feels better all the time. It doesn’t get warmer or cooler by a few degrees before the system clicks on to correct it.

It feels better, and it costs less! It takes less energy to switch speeds than it does for the system to start up again after being off for a while.

It’s the same as how you use more gas in the city when you’re stopping and starting all the time versus using cruise control on the highway.

Read More: How Big Is A Ductless Mini Split? 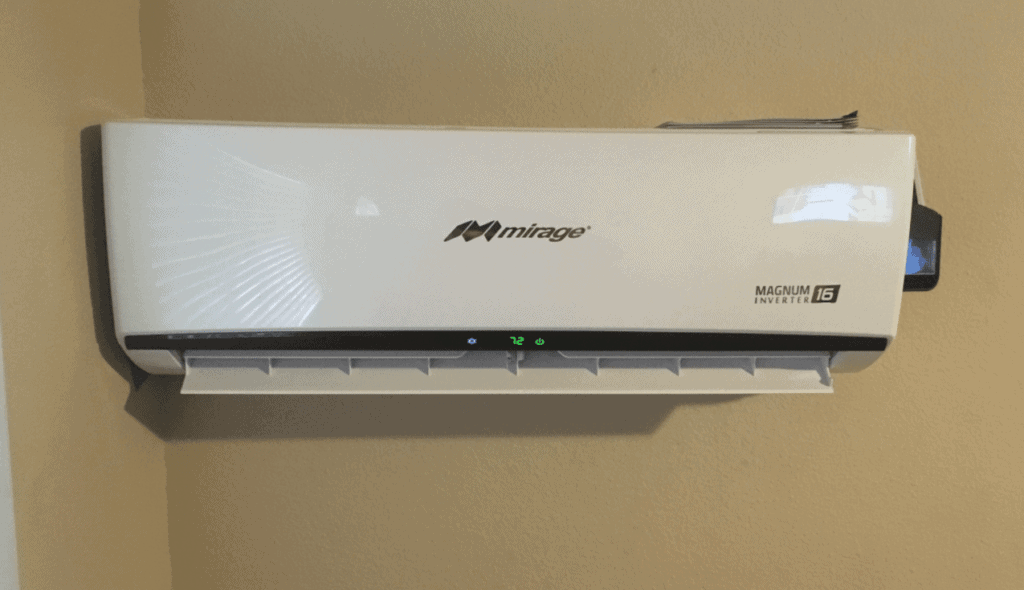 The comfort and efficiency were enough to keep this landlord using a ductless mini split system. After that, the whisper-quiet operation and easy installation felt like bonuses.

In terms of sound, the tenants notice the most significant difference during the summer. They knew how loud a window air conditioner could get. And, they never liked lugging one or two out of storage every spring.

With ductless, they don’t worry about either. The system is permanently installed since it handles both heat and air conditioning. And, at its loudest, it makes as much sound as people whispering.

That means there’s no shouting over a cooling unit or turning up the TV. Even in the winter, it’s quieter than a traditional forced-air furnace setup.

Read More: What Does A Ductless Mini Split Cost?

And, as we mentioned before, installation is fast and easy! Since there’s no ductwork involved, we can get the new single-zone mini split for this Caldwell, ID fourplex up and running in a single day!

This job was straightforward since we were replacing an old system. This way, we already knew where to mount the indoor air handler and outdoor heat pump. Once we got rid of the old units, it was just a matter of running a few power supplies and refrigerant lines between the two.

Even if it were a new system in a house that never had ductless, one day would be all we needed.

Snowflake Air has an excellent reputation for handling commercial work and investment properties like this Cladwell, ID fourplex. Reach out to us for a free consultation, and we’ll help you find the perfect heating and cooling system for your building.