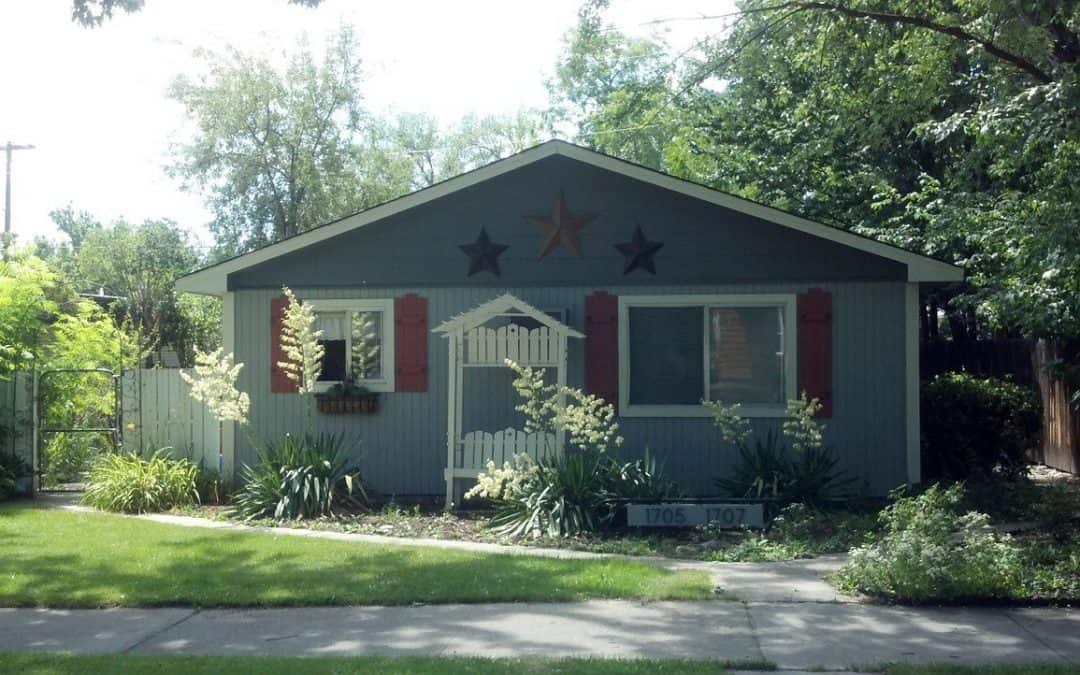 People with old houses want the best of both worlds: state-of-the-art heating and cooling while still retaining their home’s old-world charm.

For a long time, it seemed like an impossible balance. At least, that’s how our Boise, ID homeowner felt.

He loved his classic home. Built in 1895, it had old hardwood floors and all sorts of unique features. But, he was using baseboard heat in the winter and window air conditioners in the summer.

They worked okay, but over time he felt like they didn’t cut it anymore. But, he didn’t want to switch to forced air.

If he did, he could finally get central air. But then he’d have big, ugly ductwork running through each room and making them feel smaller and badly-designed. And, it would cost a bundle.

He came to Snowflake Air after hearing all about ductless heating and cooling and learning that we are the local experts. And, when we were done, he couldn’t have been happier!

In this case study, we’ll discuss:

If what you read sounds like something you’d want for your home, please call or email us! We’ll set up a free consultation so you can find out how this would fit into your home and budget.

Problem: A Boise, ID home built in 1895 was not equipped for modern heating and cooling solutions. The homeowner used window air conditioners and baseboard heating. Both were very expensive, and the AC was noisy all summer.
Solution: Installed a multi-zone Mitsubishi ductless mini split with air handlers throughout the house. Now, each room has heating and cooling, and we didn’t change the look and feel by installing ductwork. 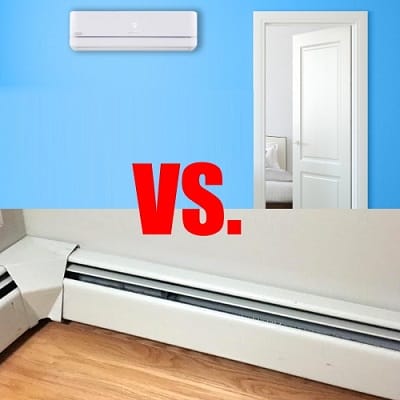 Ductless and baseboard heaters are both powered by electricity. And, in each case, you control the temperature in each room separately. But, the similarities end there. The big differences are:

Here’s the one downside of ductless: It costs a lot to buy and install. A one-zone system (that’s a heat pump plus one air handler for a single room) is over $3,000.

The cost doesn’t double with each additional room, but it adds up. A single home can cost around $17,000. But that’s heating and cooling.

By contrast, each baseboard heater costs less than $100. You can get the whole house set up for under a grand in most cases.

However, the long game looks quite different.

Month-to-month, you’ll save a ton of money with ductless. The big difference is that baseboards, like oil, gas, or steam, burn fossil fuels to create heat. Not so with a mini split. 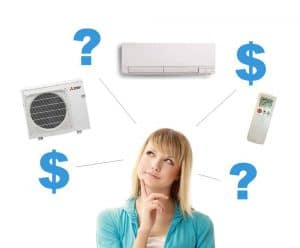 Instead, this system uses a heat transfer process. It draws whatever heat is outside, even in the winter. Then, it amplifies it and sends it inside.

As a result, it only needs a tiny bit of power to run. People who’ve gone from gas to ductless say they barely see a blip on their electric bill.

Going from baseboards means a huge drop in your expenses.

The next big difference is how well they work. Baseboards, or radiant electric heat, do a pretty good job. But, ductless does it better.

Each air handler has sensors and fans at work. They detect cold spots within a room and direct the treated air to those areas.

And, it doesn’t click on and off a few times an hour. Instead, the air handler runs almost continuously in a low-power mode. This way, they maintain a consistent, comfortable temperature instead of correcting the climate when it starts getting too chilly.

Many of the same advantages with baseboards also apply when comparing a mini split system to window air conditioners. In particular, they cost way, way less to run than window units.

Then, there are two more factors to consider.

Anyone who’s gone a summer with window units knows that two more things go up beside your bills: The TV and your talking volume. 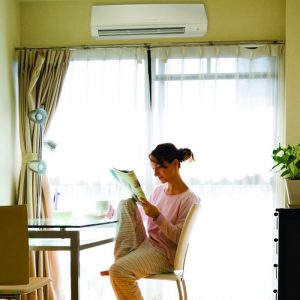 Trying to hear anything over the roar of a window unit is tough. That’s especially so in homes with small rooms.

By contrast, air handlers are whisper-quiet — literally. During those rare times when they’re operating at full blast, they make as much noise as you’d hear in a library.

We mentioned how much better a mini split works compared to baseboards. The same goes for its cooling, too. The whole room stays at the same temperature all the time.

And, there’s another factor here: humidity.

Air conditioners also dehumidify. It’s essential for the cooling process and makes a room more comfortable in the summer.

One big advantage to a mini split running all the time is that you get better humidity control. It’s constantly removing moisture from the air.

Even with window ACs, people tend to turn them off. They cost a lot to run, after all. That means more humidity.

Always running your air conditioning, even in energy-saving low-power mode, takes care of that problem.

Would you believe that we transformed the heating and cooling in the 125-year-old home in less than a week? Our homeowner joked that he wouldn’t have believed it if he didn’t see it for himself.

With no ductwork to design, fabricate and install, putting in ductless is kind of a breeze.

First, we do a load calculation to determine where to place the air handlers and how strong a heat pump we’d need.

In this case, we went with a Hyper Heat pump to handle the worst a Boise winter can throw at you.

Inside, we went with three air handlers. With a single-story home, it’s a perfect setup.

Each bedroom has its own treatment. Then, one is all we needed to handle the kitchen, dining room, and living room. Each room will always feel great.

Finally, we mounted two on the same exterior wall. Then, the other two on walls close to that side of the house.

This way, most of the refrigerant lines ran down the side of the house. It makes the footprint in each room as small as possible.

And, that was it! Now our homeowner is comfortable in every season. And, his electric bill plummeted.

Reach out to us anytime if you’d like to learn more about improving the heating and cooling in your Treasure Valley home.