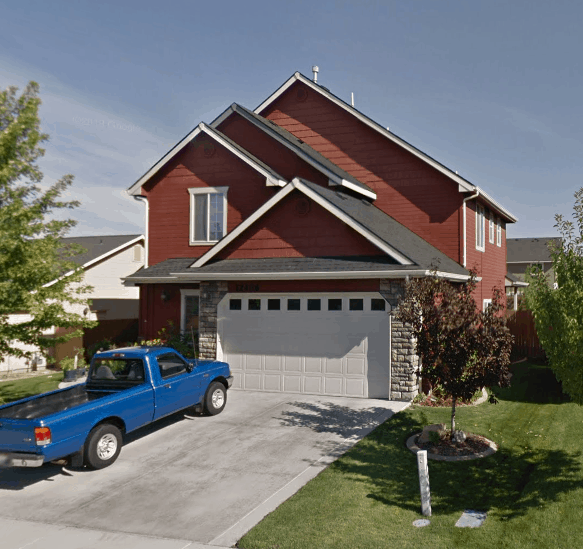 Like so many people in 2020, our Boise, ID homeowner spent most of the year working from home. And, he made the most of it by turning his single-car garage into a home office.

After a desk, a new office chair, and other accessories, the final touch was a ductless heating and cooling system.

If it wasn’t for that HVAC installation, his new work setup might not have stood the test of time. It worked well in the spring but got way too hot in the summer. So much so that he had trouble concentrating!

Of course, the problem was that there wasn’t any heating and cooling in that part of the house. Fans made a small difference, but not enough.

With winter coming up, our homeowner knew he’d run into the opposite problem. So, before that happened, he called us here at Snowflake Air to run through some ways to fix the problem.

He had a few in mind but also had a feeling there was a better solution out there. And, it turned out that there was!

In this case study, we’ll explore:

And, if you’re looking to make your Boise, ID home office as comfortable as possible, call or email Snowflake Air for a free consultation. We’ll help you find the best solution for your space!

Problem: A Boise, ID homeowner turned his single-car garage into a home office. But, it was so uncomfortable in the summer and winter that it was hard to get work done without heating and cooling.
Solution: Installed a single-zone Mitsubishi ductless mini split system. It’s whisper-quiet, works great, and operates independently of the home’s primary heat and cooling system.

Ductless Mini Split Vs. Extending Ductwork For A Garage 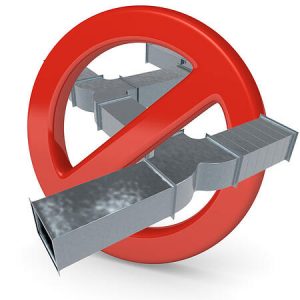 The obvious solution would be to use the home’s existing ductwork, right? It makes sense: Our homeowner was already running a powerful furnace and central air conditioning system. Why not make the most of it?

Well, he likely was already.

He’d end up with weak circulation because the system wouldn’t make up for the lost pressure that comes with another outlet for the air. And, there’s only one thermostat for the house, and it’s on the other side of the garage’s fire door.

That means it would never measure the temperature in the home office. The system would always turn off before that area felt right.

Finally, it’s expensive! Designing, building, and installing new ductwork would easily cost more than a thousand dollars — a hefty price tag for a solution that wouldn’t even work that well.

How Ductless Does It Better

A single-zone ductless mini split system can provide the power for a full-house, forced-air heating, and cooling system. And, it gives just the right amount of heating and cooling for the space it’s treating.

Now, when we say “mini split,” we’re talking about the heat pump and air handler. Those, respectively, are the indoor and outdoor units that make up a ductless system. 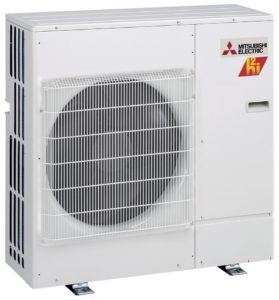 A single-zone setup is one heat pump and one air handler. You can also go multi-zone with more indoor units in additional rooms.

But for now: The air handler uses a built-in thermostat to regulate the temperature. We mount it on the wall in the room we’re treating. So, that room — or “zone” — gets powerful, customized heat or air conditioning, depending on the season.

The upfront price is more than adding to existing ductwork. But, it offers a much better solution for that money. And, as we’ll see later, our homeowner will save in the long run.

So, if extending ductwork’s not a great idea, why not go simple? Our homeowner considered a space heater for the winter and maybe a portable air conditioner for next summer after the fans weren’t enough last year.

Those might work, we told him. Sort of. And while they’d be way cheaper to buy than paying for major HVAC work, they’d skyrocket his electric bill those months.

First, they don’t radiate that far. So, he’d have to keep it close by. And, he’d need to turn it off when they left the room because there’s a chance they could cause a fire.

Next, you have portable air conditioners. They’re considered more modern and sleek than clunky window units. But, they often don’t work quite as well — certainly not anywhere near central air.

And, as anyone who’s used window ACs in the summer knows, both use a lot of electricity to run. In particular, using a space heater for eight hours a day would make a huge impact.

How Ductless Does It Better

When it comes to energy efficiency, a mini split system has those portable options — and even forced-air — beat. Meanwhile, one indoor unit can treat the entire garage. And, it provides both heating and cooling.

When our homeowner asked us how that’s possible, we started with the outdoor unit. 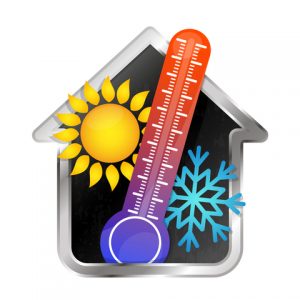 And, it has a variable-speed motor. This way, it doesn’t click on and off as the temperature drifts from the setting. Instead, it runs almost all the time, but in a low-power mode. This way, it maintains a consistent temperature while using a tiny bit of power.

Inside, the indoor unit does a fantastic job of circulating air to every nook and cranny of the garage. The sooner it gets to the temperature you want, the sooner the system switches to low-power.

The result is better comfort that costs less every month. And, with that, our homeowner was convinced that this was the way to go! 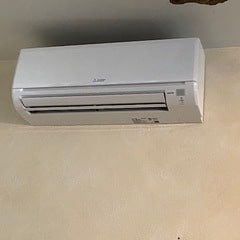 Whether a home office is in a spare bedroom or garage like this home, installing a single-zone ductless system is pretty much the same: Simple, fast, and effective!

Our first step was doing a quick load calculation to determine what strength heat pump we’d need. Then we went through options for the indoor and outdoor units with our homeowner.

Then, we worked with him to find the right spot for the air handler. We mount it up on the wall, and he chose an out-of-the-way location.

That way, he could add shelves or other items without anything getting in the way. Then, it was time for the installation — which took just about a day.

As always, it was quick and easy. We mounted the air handler and ran the lines behind it outside. Since it was on an exterior wall, we placed the heat pump on the ground right on the other side.

After that, we linked them up, sealed the opening, and called it a day.

Now, our homeowner enjoys year-round comfort when he’s working. At this rate, he’ll never go back to the office!

And, if you’re looking for the best way to make your home office feel great no matter what the season, call or email us here at Snowflake Air. Starting with a free consultation, we’ll help you find the best solution for your Treasure Valley home.