5 HVAC Warning Signs (And What To Do About Them) 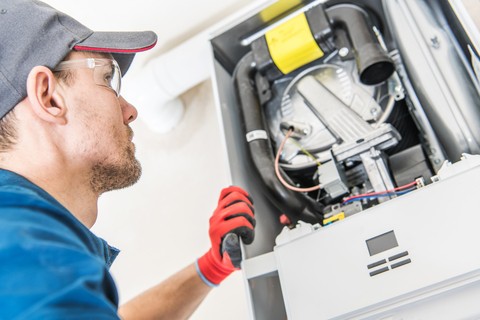 Dealing with a broken heating and cooling system is expensive and irritating. Your furnace or AC is most likely to stop working during the coldest or hottest months when they’re working their hardest. But, you can prevent this by knowing the warning signs of a problem and catching it early.

In this article, we’ll break down five small problems that can lead to a breakdown. If you notice any of these, follow the steps we outline, and call a professional if they don’t help.

If you call your contractor early, you’ll have an easier — and less expensive — visit than if you need to make an emergency furnace repair call later.

Five Signs Your Heater May Be Broken

These five small problems are signs that your heater may be broken. Follow the steps we outline here, and call a professional if the problem doesn’t go away. 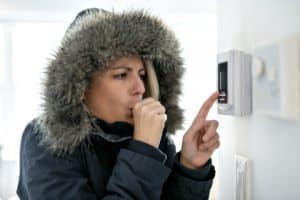 Maybe your system’s turning on, but you’re just not getting enough heat coming in. That’s weak circulation: Your heater isn’t pushing enough air to warm your house.

Start by replacing your air filter. When that screen gets clogged with enough dirt, it won’t let air pass through.

If the screen is gray when you take it out, you left it in too long. Change it once a month. That way, it will always be somewhat white, and you’re not gumming up the works.

After that, however, you may need a professional. If something’s broken, the system may not work at full capacity. Or, there’s a leak in the ductwork somewhere, and you’re losing pressure.

Short-cycling is when your HVAC system turns on and off rapidly. The typical pattern is for the furnace or central air to run for 10 to 15 minutes a few times every hour.

But, with short-cycling, you never get the temperature you want because the system turns on for maybe a minute or two, then shuts off, then turns on again.

Again, we’re looking at a few possible reasons for this to happen. If it’s a newer problem, you may have a blocked vent or clogged air filter.

These cause the heat to back up into the furnace, where it can overheat. As a failsafe, the system shuts off. Start by changing the filter and making sure each vent is open with a foot of clearance around it.

Why A Heating And Cooling System Short-Cycles

If you moved your thermostat and it’s now too close to a vent, then it’s getting a bad reading when it gets blasted with treated air. The sudden shift tricks it into thinking it did the job. But, then the temperature quickly drifts again without enough treatment.

The biggest problem is an oversized furnace: When your heating and cooling system is too big for your home, it overloads the space —- and the furnace — in a short amount of time. As a result, it shuts off but needs to turn back on again quickly.

This problem is the biggest, literally, because it often means you need to replace the entire system. But be sure to get an expert opinion. In some cases, they can extend ductwork or apply another fix to help out. 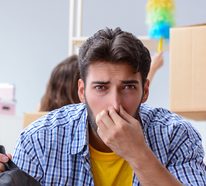 Don’t ignore unusual or unpleasant odors wafting through your vents! They’re signs that something’s wrong, and the causes vary greatly. But, you can use the scent to clue you in.

The one smell that should not concern you too much is a faint burning odor when you first turn on the system in the fall. It’s typical for your furnace to burn off some dust that’s settled over the past few months.

If you still smell it after a day or two, however, call a professional. Something’s up.

Other common odors: burning plastic usually indicates an electrical problem. Or, the system’s overheating, and you’re smelling the components getting singed. The same goes for a metallic smell.

Stale or musty scents can mean mold or mildew. Rotten eggs often indicates a gas leak — but, in the case of central air, it could mean an animal passed away on or near your outside unit.

The bottom line is, don’t ignore a weird smell, especially if it sticks around for more than a day.

Rattles, bangs, and clangs: All of them are loud, and none of them are any good. When your HVAC system makes a weird noise, something’s wrong, and you’ll need a professional to fix it.

First of all, you won’t see the problem. Odds are it’s buried deep within the system. Next, it’s dangerous to start taking things apart.

For instance, you may notice a slapping sound and correctly assume there’s a broken fan belt in the furnace. You’d have to disassemble the unit to get to it.

Even if you could see the fan wobbling on your AC compressor outside, you’d be dealing with electrical components if you tried to fix it. Even just tightening it on your own is trickier than you think. 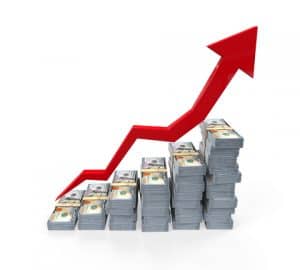 Sure, you expect your gas or electric costs to go up in the winter and your electric bill to be higher in the summer. Those are the peak seasons for your HVAC system. But, a sudden, steep increase could mean a problem.

Many HVAC problems result in your system using a lot more energy to get the same results. Behind the scenes, they’re compensating by working much harder. You’ll see that struggle on your utility bills.

Call a professional if your bills seem suddenly higher than usual. With any luck, you just need a quick tune-up to set things right. Or, you may luck out and nip a bigger problem in the bud.

Even if you’ve been vigilant, it’s still possible for your heating and cooling system to break down. And, there’s a good chance it happens outside of normal business hours. If that happens, you can call Snowflake Air any time, day or night, for emergency furnace repair in and around Boise, ID.