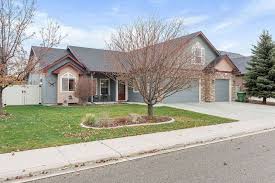 “Go sleep in the shed” doesn’t seem like a polite thing to say to a houseguest. But, this Meridian ID homeowner found a way to make it quite the inviting offer! He remodeled a shed attached to his house to serve as a guest bedroom.

And, he called us here at Snowflake Air to install a ductless system that would make it just as comfortable as the rest of his home.

At first, he wasn’t even sure he’d bother going through with the renovation. If he couldn’t heat and cool the room, it wouldn’t be much of a benefit. Then he learned about ductless heating and cooling, or mini split, systems.

Call or email us with any questions about the heating and cooling in your Treasure River Valley home.

Problem: Meridian, ID homeowners converted a shed into a guest bedroom. It needed heating and cooling, but they didn’t want to run ductwork in there.
Solution: Installed a single-zone Mitsubishi ductless mini split. It provides heating and comfort that’s just as good as a furnace and central air. It’s easy to install and doesn’t cost much to run.

Why A Mini Split Is Great For An Addition

When our Meridian, ID homeowner got the idea to make the shed attached to his home an extra bedroom, he knew there’d be a challenge. And, that heating and cooling would be the big one.

It wasn’t much work, overall, to add some insulation and furnishing to make it cozy. But he didn’t know how to keep it cool in the summer and warm in the winter.

He considered extending the existing ductwork from his home and adding a vent to reach this area. But that would cost as much as all the other work he’d done!

Plus, it wouldn’t work that well. With the thermostat inside, he wouldn’t be able to regulate the temperature. And it would mess with the air circulation in the house.

He also knew a space heater was a bad idea because you can’t leave them on overnight. And, he didn’t want to blow up his electric bill with a portable air conditioner.

That’s where the mini split came in: With a small indoor unit attached to a heat pump outside, he could keep this room feeling just right all year long. And, it wouldn’t take much room or cost too much to run.

Exceptional Heating And Cooling For Any Room 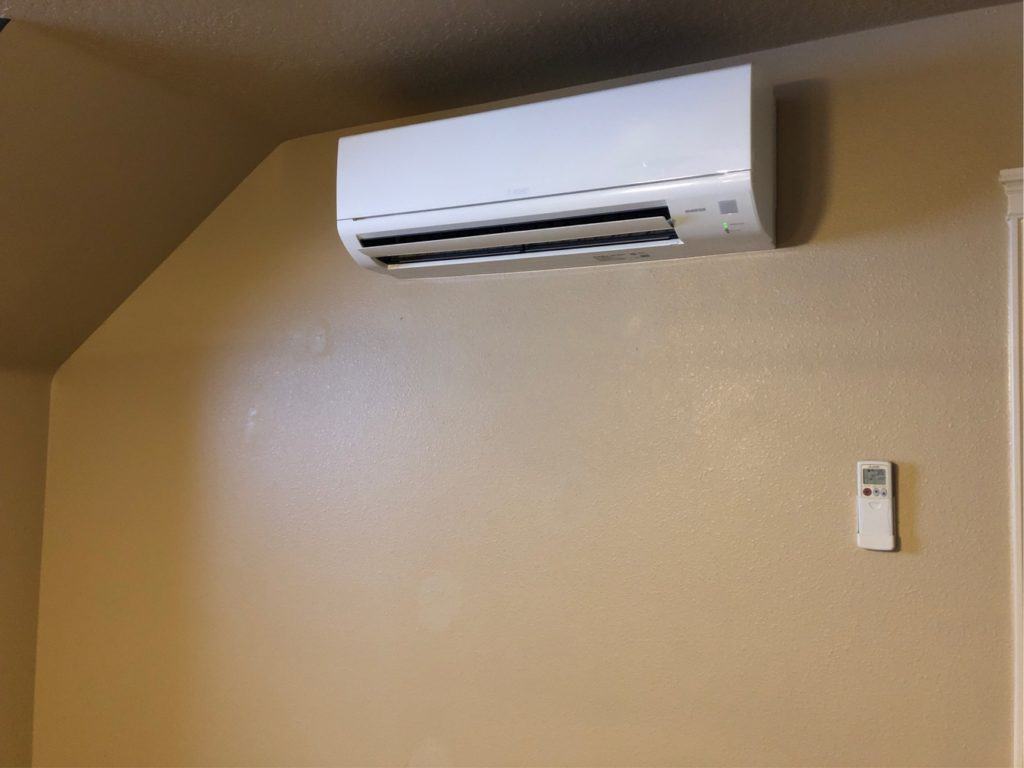 Sure, this room wouldn’t get as much use as others in the house. But, our homeowner didn’t see that as a reason to skimp on comfort. And, with a ductless mini split, he certainly won’t.

First of all, the guest room will get the exact heating and cooling it needs. The indoor unit comes equipped with a built-in thermostat. So, it’s constantly tracking the temperature and adjusting for it.

And when we say “constantly,” we mean it: Most of the time, the system works in a low-power mode that maintains a steady temperature. It’s way more comfortable than conventional HVAC that dips and peaks four or five degrees a few times every hour.

Finally, the air handler can detect a hot or cold pocket within the room. Even if, say, it’s a little drafty near the window, that’s no problem. The indoor unit directs treated air toward the exact spot.

These features checked off the most important boxes for our homeowner. And, the benefits don’t stop there.

It might seem like overkill to install such an excellent heating and cooling system in a room that doesn’t get much use. But, keeping this spot warm helps the furnace and central air in the rest of the house.

And, after our homeowner pays for the installation, he’ll barely notice it’s there — at least, not financially.

Ductless mini splits are exceptionally energy efficient. That’s thanks to the heat transfer process it uses and the low-power method of maintaining the temperature. It barely registers a blip on the bills.

And, it’s pretty much unnoticeable in the room! For all the work a mini split does, it barely makes a sound. Even in perfect silence, and when the system’s working at full power, the loudest sound it makes is about the same volume as people whispering in a library.

Installing A Ductless System In An Addition

With all this to consider, our homeowner didn’t take long at all to decide he wanted a single-zone mini split for his guest room. And, had it installed nearly as quickly!

The indoor units only take up a little bit of space on the wall. After that, we run the lines from behind the air handler out to the heat pump.

Since this room was an addition, three of the walls were exterior anyway. It was simple to find the right spot inside where we could place the heat pump — that outdoor unit — right on the other side of the wall.

Our team was in and out of the house in a day. By that night, the addition was as comfortable as the rest of the house. Maybe even a little more!

If you’re looking for the best way to heat and cool an addition, guest bedroom, or any part of the house that never feels quite right, call or email us here at Snowflake Air.

Starting with a free consultation, we’ll help you make your Treasure River Valley home more comfortable than ever before.